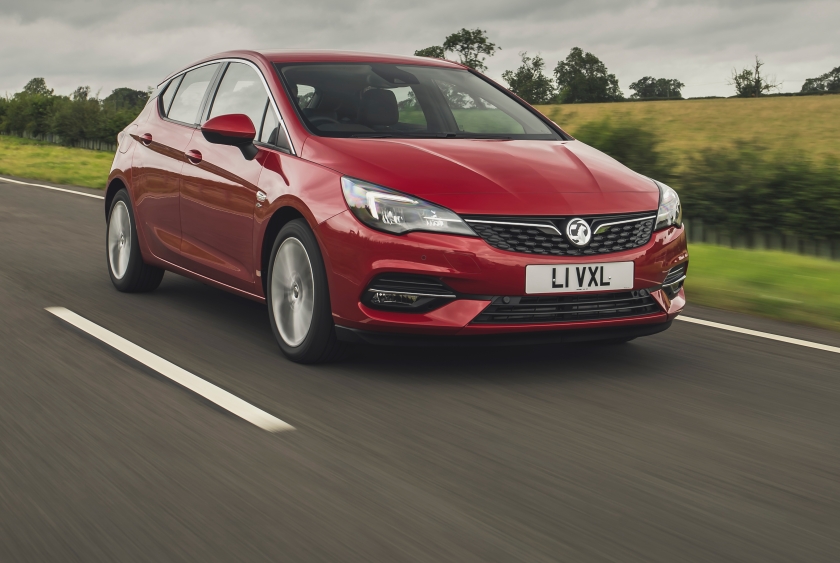 There are some cars names that become part of the English language.

Names like Golf, Focus and Clio and you automatically know which firm is the manufacturer.

Same, of course, with one of the most well-known, the Astra, and yes for the picky ones, it’s a Vauxhall.

A legend in the C segment, it is a testament to its quality and longevity that it appeals to both the private and fleet market in large numbers, even with the rise of the ubiquitous SUV/crossover.

Now celebrating its 40th anniversary with a new model, it has sold  over three million sold in the UK over since 1979 and in a startling statistic, Vauxhall says that more than 25 per cent of British motorists have either owned or driven an Astra.

The latest model has really thrown the gauntlet down to challengers, with smart, but not radically different appearance, a host of hi-tech developments and new petrol and diesel engines that offer reduced emissions and fuel consumptions of up to 21 per cent.

It is also bucking the trend diesel trend with a clean and efficient powerplant. The 1.5 litre unit comes with choices of 105ps or the 122ps on this model, mated to a slick, six-speed manual gearbox.

That it is  efficient is beyond doubt, producing  CO2 emissions as low as 90g/km for lower benefit in kind taxation and official mpg of around 60mpg.

I tested this out on a full tank which included high-speed motorway driving for hours on end as well as urban pottering around, completing well in excess of 400 miles to be left with just under a quarter tank.

A sterner test has come via the WLTP Challenge designed by Fleet World to test and prove vehicles’ real-world fuel efficiency Here the Astra hit  85mpg  when tested over a 215 mile UK run.

All of this is helped b a slippery body which has a class leading drag coefficient figure of just 0.26.

It looks good on the outside although you would have to look hard to see changes to grille and glare-free LED light clusters and 17-inch alloys, but and the interior on this higher end model remains quality, with  soft touch trim,  leather seats and steering wheel, both of which are heated,  and a high quality feeling throughout.

Standard equipment is impressive with this model offering extra bells and whistles like new forward and rear cameras and electronic climate control.

The engine in this model proved to have pace as well as economy. Quick off the mark and hitting 60mph in just under 10 seconds. It has the distinctive three pot thrum when accelerating, but is a quiet and refined motorway cruiser.

Handling has improved thanks to a chassis upgrade, with new dampers provide greater control, even on poor surfaces, while the steering has received a new calibration. The upshot is that it feels composed and agile when cornering, which extremely important when facing rivals of the quality of Golf and Focus.

Safety kit as you would expect is comprehensive with active and passive systems and include full complement of airbags, stability control, assisted braking together. In addition, a new digital front camera which recognises vehicles, but can now process even more traffic signs and show them as symbols on the display.

The digital rear view camera  on this model is also more powerful, and works in conjunction with the new Multimedia Navi Pro infotainment system.

As a hatchback it is obviously practical with boot  space 370 litres, expanding to 1,210 with the seats folded.

The latest model starts at  £18,885 on-the-road with PSA now owning the brand, it may not be too long before we see an all new model featuring PSA underpinnings. In the meantime the Astra is still a strong performer in what is perhaps the most competitive of segments.