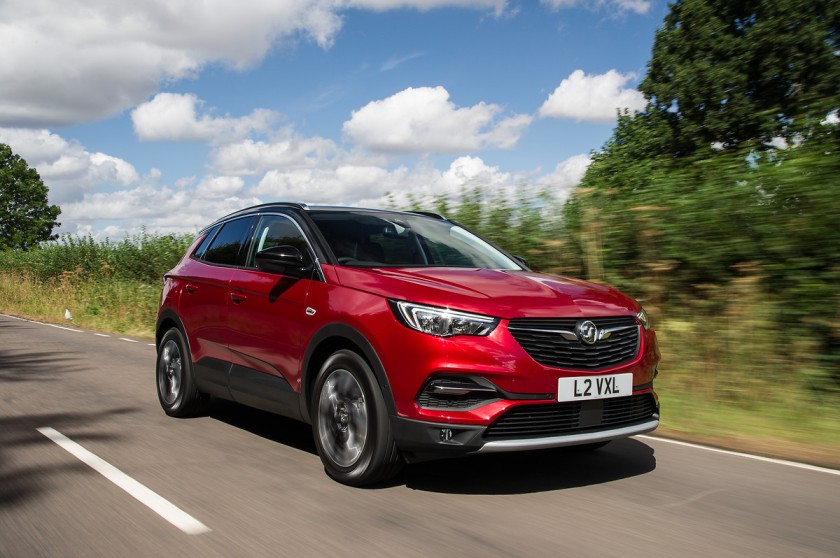 IT seems the market for SUV/crossers will never be satisfied. Virtually all manufacturer produce them and such is their popularity, Vauxhall have three in their line up: the mini Mokka; the mid-range Crossland and the SUV Grandland X.

The Grandland X is a handsome, versatile car, packed with equipment, and has the look of and off-roader, if that’s what you want at the school gates

At 4.48 metres long, it is the largest SUV in Vauxhall’s range.

The interior feels well put together with a logical instrumentation and controls set up.

Soft touch plastics give a touch of class, while dash and the multi-function steering wheel are trimmed with bright finish.

Unsurprisingly since Vauxhall’s takeover by PSA, it shares many features from the Peugeot 3008 and the engine range while the optional IntelliGirp adaptive traction control, is not a million miles from Peugeot’s Grip Control technology.

Engines include the excellent 1.2 litre three cylinder petrol and two diesels, a two litre and the 1.5 litre on this model. A hybrid is planned later.

Mated to a six speed manual gearbox, the 128bhp diesel is refined has plenty of pull and is a fine motorway cruiser. It is nippy enough, hitting 60mph in a smudge over 10 seconds. Quick enough for most.

Naturally an SUV must be practical and folding 60/40 rear seats are standard with a one-touch action, which means they tumble and fold instantly offering a wide range loading options.

Stowage space is good with 514 litres available with the seats up, increasing to 1,652 litres with the seats folded, plenty big enough for most requirements.

For extra practicality, the Versatility Pack adds centre rear seat armrest with ski pass-through, illuminated luggage area and a flex floor with under-floor divider. In addition there are other storage spaces throughout.

On the road the car is built for comfort and practicality rather than driver interaction with a softish suspension setup set up which means it does lean a bit into corners. But this is hardly the kind of car to be raced around.

Economy is good with a claimed average figure of just over 50mpg, while emissions are just 113g/km.

For those looking to occasionally tackle tougher terrain, but don’t want the extra expense of all-wheel drive, the driver can choose IntelliGrip, which offers five drive modes via a centre dial.

This delivers torque to the front wheels according to the selected mode, allowing slip when necessary and changing the accelerator pedal control map. The modes are: Normal/On-road, snow, mud and sand, while ESP Off an option.

The modes are pretty self explanatory.

At just short of £23k for this model, you get plenty for your outlay, while low insurance, tax and fuel economy make it relatively cheap to run. Another fine option in the SUV/crossover market.